About Class Action Litigation and Multi-District Litigation
When corporations or organizations, through their carelessness, harm large groups of individuals, class actions arise. A class action is brought when multiple people suffering the same type of injury sue as a group. The purpose is to eliminate a wrong that has affected a large amount of people by providing a judicial remedy and financial compensation to all members of the class. At Garson Johnson LLC, in Cleveland, Ohio, we have handled multiple class actions and know what needs to be done to secure justice for you.

Are you experiencing any of these complications from your hip implant?

Is your hip implant one of the following? 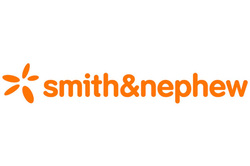 An acetabular replacement system’s utility comes from the degenerative and traumatic nature of hip injuries. Essentially, the acetabular hip replacement systems developed by biomedical manufacturers around the country are used to artificially replicate the failing hips of patients. The acetabular hip replacement system produced by Smith & Nephew which released internationally in 2009 was marketed as enhancing the range of motion for patients while simultaneously decreasing the risk of loosening, nerve encroachment, and reducing the rate of potential dislocation. Unfortunately, the biomedical manufacturer Smith & Nephew’s R3 Acetabular (Hip) Replacement System was recalled June 1st, 2012 due to a high rate of premature device failure along with high rates of necessary corrective surgical procedures. Smith & Nephew’s voluntary recall was positioned as a precautionary measure. However, research had already revealed documented issues with the Smith & Nephew Acetabular Hip Replacement System prior to the voluntary recall.

The R3 Acetabular device unlike most other hip replacement surgeries requires resurfacing the existing femoral head and hip socket. The industry standard for hip replacements requires removing the femoral head and the hip socket then replacing the joint with synthetic parts which mimic the body’s natural acetabular movement. With the Smith & Nephew Acetabular Hip Replacement System surgeons may effectively choose which components of the hip joint to replace. Respectively these components come in metal, plastic, and ceramic. Although the R3 Acetabular Hip Replacement System uses a metallic cap which was marketed to “preserve” the patient’s bone, by merely trimming the femoral head, and replacing the damaged hip socket with a synthetic acetabulum (hip joint socket). A synthetic liner is then inserted between the hip socket and the femoral head. The components are combined with various types of stems which thereby allow surgeons to tailor the hip replacement system to the patient.

The overarching complications associated with the Smith & Nephew Acetabular Hip Replacement System stem from the metallic liner’s interaction with the metal femoral head component. That is to say, when the two metal parts are used the replacements are found to have a higher than normal premature failure rate. As over 7,500 patients had received the metal liner by 2012 and required revisionary surgery. An estimated 4,000 Smith & Nephew recalled the R3 Acetabular Systems were distributed in the United States between 2009 and the recall in June 2012. People who received the metal liners and the metal femoral heads in their Smith & Nephew R3 Acetabular Replacements are asked to assess their options even if they are not yet experiencing complications with the device.