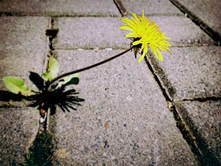 Dewayne Johnson, a former groundskeeper, sued Monsanto (the maker of Round-Up) claiming the weed killer caused cancer and that Monsanto failed to warn consumers of the danger.

Johnson was awarded $289 million dollars by a jury trial in San Francisco.

Roundup Tragedy Continues
This is a tragic situation. The situation is getting worse. Imagine if you are a landscaper, groundskeeper, gardener, caretaker, farmer, nursery worker, or even a horticulturist. Part of your daily responsibility is removing or killing weeds, right? The International Agency for Research on Cancer (part of the World Health Organization) announced in 2015 that two pesticides are “probably carcinogenic to humans.” One of these pesticides is glyphosate and is the active ingredient in Roundup weed killer.

Unbeknownst to you, the chemical you use every day could cause cancer! Over 4000 cancer patients are suing Monsanto for failure to warn the public about the risk.  Yet, the Vice President of Monsanto made this statement:
“Today’s decision does not change the fact that more than 800 scientific studies and reviews … support the fact that glyphosate does not cause cancer, and did not cause Mr. Johnson’s cancer.”

Can you say corporate cover-up?
This is not be the first time a corporate spokesperson denies their product is dangerous.

Think about the tobacco industry.
“In short, [the companies] have marketed and sold their lethal product with zeal, with deception, with a single-minded focus on their financial success, and without regard for the human tragedy or social costs that success exacted,” Kessler wrote in United States of America v. Philip Morris USA. (The Atlantic)

Know someone with mesothelioma?
Asbestos: Think Again: Industry Hid Dangers for Decades the article documents dozens of quotes from corporate memos exposing the dangers of asbestos like this quote:
“We know that you will never lose sight of the fact that perhaps the greatest hazard in your plant is with men handling asbestos. Because just as certain as death and taxes is the fact that if you inhale asbestos dust you get asbestosis.”
— 1958 National Gypsum Memo [View document]
Seriously! The industry knew it caused cancer in 1958 yet still used asbestos until 1977!!

Lawsuit Reveals Roundup Memos and Emails
Johnson’s attorney stated:
“We were finally able to show the jury the secret, internal Monsanto documents proving that Monsanto has known for decades that … Roundup could cause cancer,” (The Guardian)

“Monsanto has specifically gone out of its way to bully … and to fight independent researchers.” (The Guardian)

Jury Sends Strong Message to Monsanto
The San Francisco jury listened testimony from many witnesses as well as Johnson’s description of his pain and suffering from non-Hodgkin lymphoma, a blood cell cancer. Then, the jury proceeded to deliberate for three days and awarded Johnson with $250 million in punitive damages and $39 million in compensatory damages.

Gig’s Up Roundup
Does this scenario sound familiar to you? Or a family member? If 4000 people with cancer have sued already because of Roundup, there are probably more victims. Call us if you have a potential case or questions about filing a lawsuit.